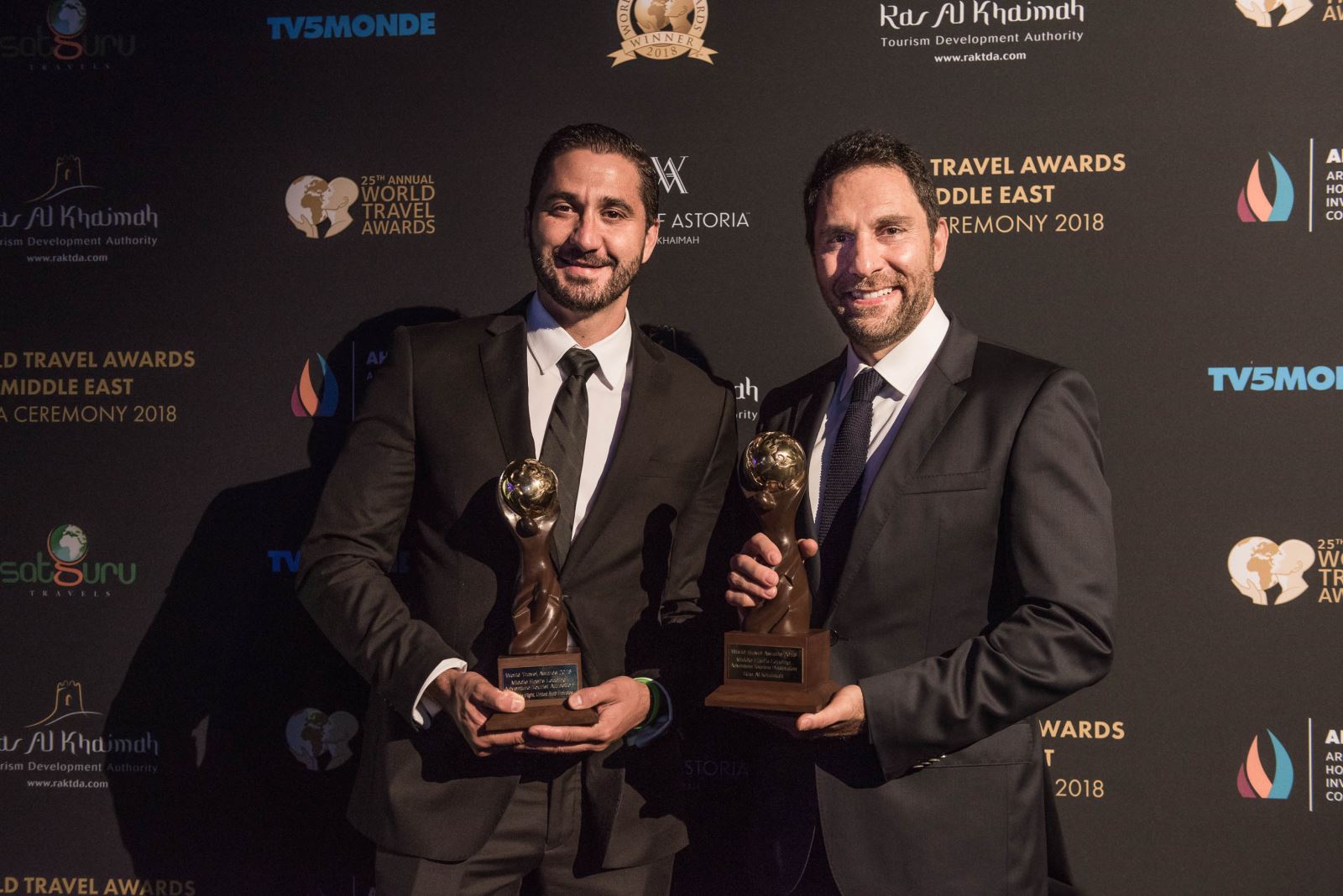 Held for the first time at the Waldorf Astoria in Ras Al Khaimah, RAKTDA took home the accolode for ‘Middle East’s Leading Adventure Destination 2018’ largely thanks to its product innovation including the opening of the Via Ferrata and Jebel Jais Flight: The World’s Longest Zipline. Toro Verde, the operator of Jebel Jais Flight also walked away with the gong for ‘Middle East’s Leading Adventure Tourist Attraction 2018’.

Jebel Jais Flight is the latest tourism product aimed at attracting the adventure tourist to the UAE’s northern most Emirate.   At 2.83km long it is officially certified as the world’s longest zipline and the bucket list experience is attracting visitors from all over the world.  With Ras Al Khaimah’s diverse landscape featuring the Hajar Mountains and Jebel Jais, the UAE’s highest peak prime for adventure, the zipline follows other highly successful adventure tourism initiatives including the Jebel Jais Via Ferrata (Iron Path), hiking and climbing routes.

Haitham Mattar, CEO, Ras Al Khaimah Tourism Developmet Authority said, “This is tremendous news because it recognizes a sector of our tourism proposition that is fundamental to the growth of Ras Al Khaimah as a global destination. This award helps to shed light on the work we are doing to diversify our offer and attract a broader range of visitors who have different wants and needs on their holiday.  The adventure tourism market is expected to grow by 46% by 2020 and with our natural assets we are well placed to capitalize on this trend and further establish our reputation as the adventure tourism hub of the region.”

Mattar further added: “In accordance with our Destionation 2019 strategy, we are working tirelessly with our industry partners to broaden Ras Al Khaimah’s adventure offerings across events, attractions, infrastructure and services. We are therefore honoured to have received these accolades that puts Ras Al Khaimah firmly on the world tourism map.”

The award was received by the CEO of Ras Al Khaimah Tourism Development Authority, Haitham Mattar at the Waldorf Astoria in Ras Al Khaimah, where the World Travel Awards was held to “know, reward and celebrate the Excellence in the tourism industry.” Established in 1993 to reward and celebrate excellence across all sectors of the tourism industry, The World Travel Awards brand is globally recognised as the ultimate hallmark of quality in tourism.